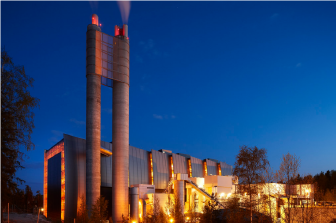 Plans for the world’s first full-scale commercial carbon capture and storage (CCS) operation at a waste-to-energy plant are back on track following a full financing agreement and new shareholders.

Under a deal announced this week, Fortum, the Finnish energy group, will sell its 50% stake in Fortum Oslo Varme to an investor consortium comprising Hafslund Eco, Infranode and HitecVision. FOV is the largest supplier of district heating in Norway and the owner of the country’s biggest waste-to-energy plant at Klemetsrud, in southern Oslo, where a substantial CCS project has long been planned.

In parallel, FOV’s other owner – the City of Oslo – will transfer its 50% stake to Hafslund Eco, Norway's second-largest power producer. A hydroelectric specialist wholly owned by the city, Hafslund will end up with a 60% stake in FOV, with the two financial investors each holding 20%.

The waste-to-energy plant is responsible for 17% of the city’s emissions, and is its biggest single emitter of CO2. From 2026, the CCS project aims to capture up to 400,000 tonnes of CO2 a year, equivalent to the annual emissions from 200,000 cars.

The Norwegian funding represents a positive outcome for the project, which unexpectedly failed to secure financing from the EU.

“The news that the project will proceed, despite not being funded by the EU, is a surprise and a victory, after last year's disappointing rejection by the EU Innovation Fund call,” said Mario Ditaranto, chief scientist at SINTEF Energy Research and NEWEST coordinator for WP3 and for Norway.

“This project is set to be an important pioneer for CCS in the waste-to-energy sector. We hope it will encourage other projects and accelerate the decarbonisation of this sector. It shows what can be done with good cooperation between local and national government and industry and financial partners.”

The City of Oslo and its partners plan to invest up to NOK 6bn in the project, with the Norwegian government pledging a further NOK 3bn. The transaction must now be approved by the City Council of Oslo and the Norwegian Competition Authority.

“Carbon capture costs money, but we believe it is an absolute necessity to make this investment now. If we are to achieve our global climate goals, we need carbon capture,” Mr Johansen said.

“Waste management is a global challenge that currently generates enormous emissions. Large volumes of waste are deposited in landfills. Recovering energy from residual waste using carbon capture is part of the solution. Now the whole world can look to Oslo to learn,” he added.

The project will also provide a significant boost to Norway’s important Longship CCS initiative. Longship brings together the Northern Lights CO2 transportation and storage project with FOV and Norcem’s planned cement CCS operation at Brevik. Once captured, the CO2 would be stored on location in tankers before being transported by road to a port facility. From there, it would be taken offshore by boat and injected underground for permanent storage.

“The impulse generated by Longship is bearing fruit and will no doubt be a catalyst for all other CCS projects in the pipeline in Norway,” said Dr Ditaranto.

Read the City of Oslo’s statement 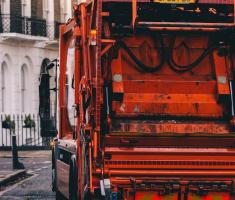 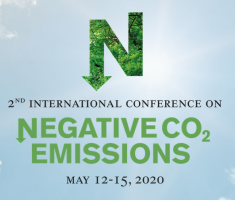 12/05/2020 to 15/05/2020
Chalmers University of Technology, Gothenburg, Sweden
This conference series brings together a wide range of scientists, experts and stakeholders in order to engage on various aspects of...
View Event 2nd International Conference on Negative CO2 Emissions
View All Events

Sign-up to receive the latest updates on our activities and progress towards a lower carbon future.

We use Mailchimp as our marketing platform. By clicking the button above to subscribe, you acknowledge that your information will be transferred to Mailchimp for processing.
Learn more about Mailchimp's privacy practices hereView NEWEST’s Privacy Policy